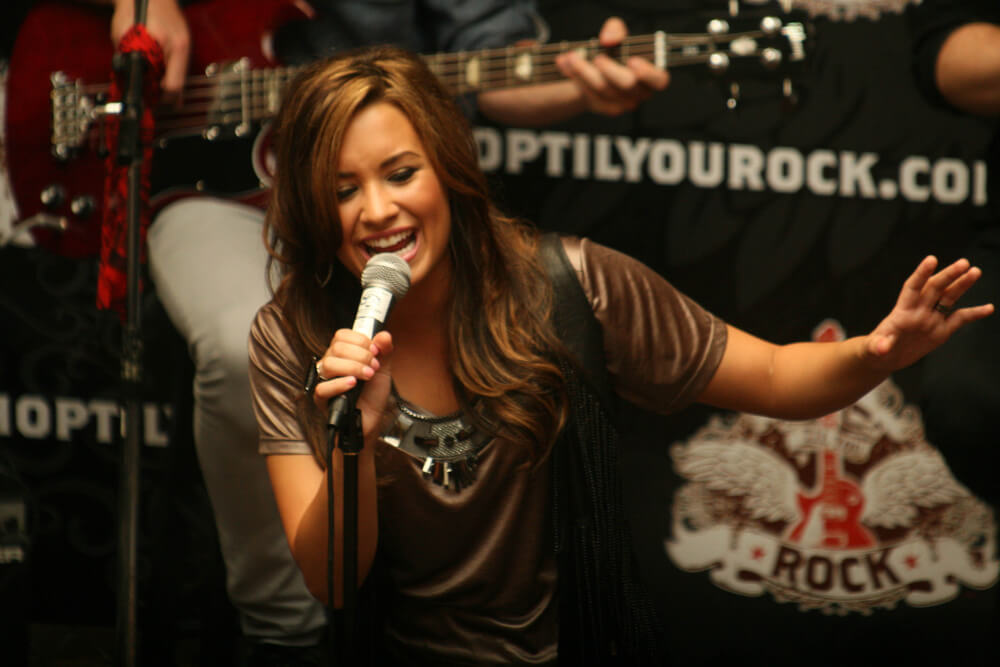 Demi Lovato has never been shy about her long struggle with sobriety. The pop star has remained open with her fans about the complicated relationship between her stardom and the struggles she faces with her drug addiction and eating disorders.

Back in July of 2018, Demi nearly lost her life after suffering a drug overdose at her home in Hollywood Hills, CA. The overdose occurred after the star was just shy of celebrating nearly seven years clean. After being found unconscious by friends, Lovato was revived with Narcan (sometimes called naloxone), a medicine administered to reverse the side effects from an overdose. The singer has admitted that she has previously used cocaine, marijuana, and abused prescription medications like Adderall and Oxycodone.

Surrounded by her closest friends and family, Demi spent nearly 12 days recovering in the hospital following the incident. Once she was discharged, she immediately joined an inpatient drug treatment facility. There she connected with mental health and substance abuse treatment practitioners to tackle the issues that have plagued her for years. Despite money and fame, the star has struggled to maintain a healthy balance between her career and her personal life.

Demi’s mother talks about the demons that have haunted her daughter in a 2018 autobiography she published called Falling with Wings. In it, she highlights some of the behaviors Demi’s loved ones noticed not long before the singer overdosed. Her mother notes that while on tour, Demi suddenly started lashing out at everyone around her, including members of her team. There were both incidents of verbal and physical abuse, that left those close to Demi feeling unsafe.

It was at this time that her family finally realized that Demi needed a serious intervention regarding her health. The focus needed to shift from her career to getting Lovato the help she desperately required.

Demi tried once before in 2010 to get support for her recovery. She admitted herself into an inpatient rehab facility right outside of Chicago. After three months, she left treatment a much healthier and happier person. But she eventually relapsed and entered a sober living facility.  She remained sober for six years until July 2018, where she came head to head against her addiction once again, and nearly lost the battle.

Despite her struggles, Demi continues to remain hopeful and post messages of encouragement to others fighting substance abuse issues.  In an Instagram post, the 26-year-old singer wrote about how grateful she is to both Alcoholics Anonymous and Narcotics Anonymous for giving her and others unlimited chances to get on the right track for recovery.

She remains proud that she was able to remain sober for six years and is looking forward to continuing the journey now that she has a second chance at life.

She ended her post by reassuring others that it’s never too late to start over. Demi eloquently reminded her fans that everyone deserves to live a healthy, happy life but that it’s up to us to take the first step.

Today reports state that Lovato is doing well in her recovery efforts and is fully committed to achieving sobriety. She is now working closely with a specialist to focus on her sobriety, mental health, and overall wellness.

Drug addiction or substance use disorder significantly impacts the chemical makeup of an individual’s brain and behavior. It also affects the person’s ability to reasonably control their use of medication, legal or illegal. People who suffer from substance use disorder continue to use drugs in a harmful way, despite the obvious dangers.

What are the Symptoms and Behaviors Associated with Drug Addiction?

Signs of drug abuse may include:

Recognizing Signs of Drug Use in Others

Believe it or not, it can be challenging to tell if someone is simply in a bad mood or is irritable because of drug use. The following is a list of signs to watch out for, which may indicate your loved one is engaging in drug use:

Recovery is a Process

It is important to keep in mind that for some people, relapse will be an unfortunate reality of their recovery process. Once the wiring in a person’s brain has been altered from drug use, these substances will cause cravings that are difficult to control. It can also cause drastic changes in behavior. Those suffering from addiction issues should seek regular counseling and support from groups like Alcoholics Anonymous, or treatment facilities like Restore Health and Wellness Center.

If you or someone you love is also managing substance use disease and other mental health concerns simultaneously, participating in a therapeutic environment can help get you on track to maintaining your sobriety.

All information is confidential.

Call us now and save time! one of our admissions coordinators are standing by 24/7