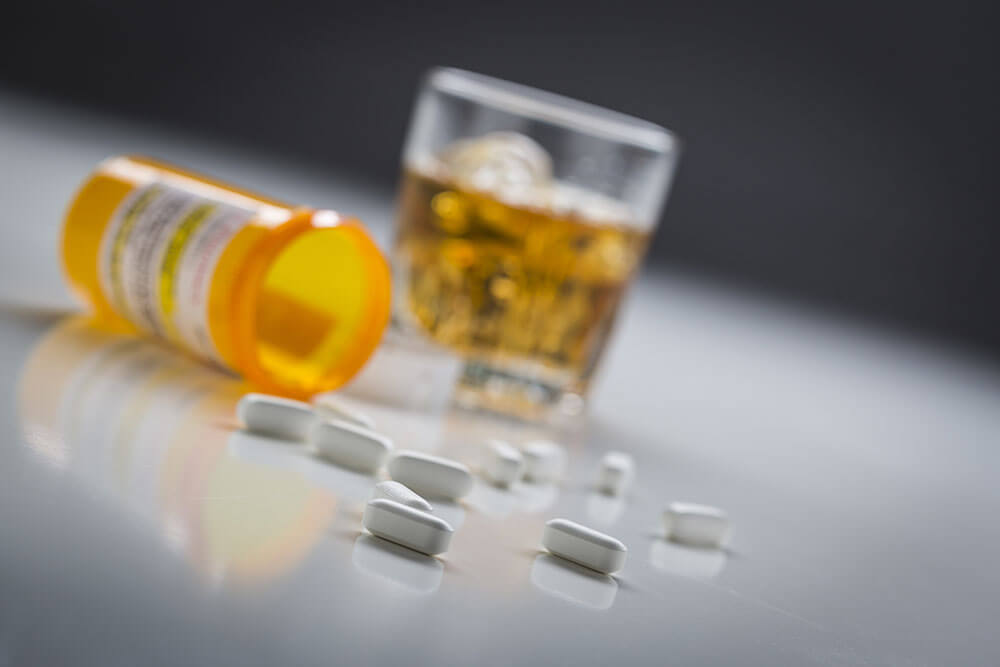 Non-prescribed drug use is never a good idea. Mixing drugs makes a bad idea even worse, and possibly life-threatening. Unfortunately, drugs that seem “innocent” at first glance are widely abused in the US today and the problem grows more concerning every year.

Adderall is a widely used prescription stimulant issued to help manage attention-deficit/hyperactivity disorder (ADHD). It is arguably the most well-known prescription amphetamine and the go-to for a great majority of medical professionals. Used as prescribed, Adderall is said to help people feel more focused and energetic but some take the drug for its euphoric effects, taking dangerously high doses and ingesting them in risky ways.

For example, some people crush Adderall pills into powder and then snort or swallow it, while others “parachute” it by wrapping the powder in toilet paper and swallowing it. Not unsurprisingly, abusing this drug has serious consequences such as heart problems, addiction, mental health issues, and an array of other complications.

When used as intended, ADHD patients gradually increase the dosage to glean therapeutic effects. When abused, however, tolerance quickly develops and some people are driven to chase the original “high” by consuming larger doses. This of course greatly increases chances of addiction; an issue made worse by the fact that many Adderall prescriptions are illegally resold.

In fact, a recent study confirmed that many non-patients get Adderall from friends or family with doctor prescriptions. Alarmingly, more than half of US adult Adderall abusers are between 18 and 25 years of age.

What’s all the rage? Adderall’s effects make it a very desirable drug to help people endure long hours at work, extend their party stamina, and it is extremely popular as a “study drug” to pile up long hours prepping for an exam. Therapeutic doses of Adderall rarely cause adverse side effects but unsafe dosage or mixing it with alcohol leads to severe issues.

Common written instructions for nearly every current prescription medication clearly warn of the dangers of taking the medicine with alcohol. Alcohol is a central nervous system depressant and has long been a major player in drug abuse. Alcohol of course also has a completely different effect than that of a stimulant such as Adderall. Stimulant drugs increase excitatory areas of the brain that improve focus, alertness, and physical energy.

Generally speaking, misuse of Adderall doesn’t lead to overdose but mixing it with alcohol (or other drugs) certainly ramps up the overdose risk and introduces a range of negative side effects:

Studies reveal that abusers of Adderall tend to drink alcohol at the same time to lessen the stimulating effects and therein lays the problem. The stimulant negates alcohol’s intoxicating effects which greatly increases the likelihood that a person will suffer from alcohol poisoning or experience a fatal alcohol overdose.

Research also shows that combining alcohol and Adderall enhances the potential for negative side effects including nausea or vomiting leading to dehydration, aggressive tendencies, cardiovascular issues, and impulsive behavior inspiring risk-taking. Judgment and rational thinking are also impaired when combining both drugs, which produces conflicting expected results from the user. A person taking both drugs believes reflexes and motor skills won’t be as heavily affected by alcohol if they take Adderall at the same time; however, that person will actually remain “doubly” impaired in regard to reaction time, coordination, and visual perception. That of course is a volatile combination with great potential to create dangerous situations:

Don’t Give the Drugs a Chance

Many people believe that the serious consequences of mixing Adderall and alcohol only happen after doing so on a regular basis over a long period of time; however, this is not the case. One unfortunate young person with no history of cardiovascular issues or substance abuse suffered a heart attack from mixing these two drugs and the individual did not ingest excessive amounts of either.

Another interesting note is many people abusing Adderall and alcohol together experience more negative symptoms—the quality of life, depression, motivation, overall health—than those who used each drug on its own.

In an ironic conclusion, people whose main reason for abusing Adderall in the first place, or Adderall and alcohol together, is to study longer, learn more, and improve their grades usually end up with lower grades and overall academic performance than if they didn’t abuse the drugs at all. The same applies to the professional world and enhancing cognitive abilities; taking a great amount of these drugs does not make you a superstar.

It is plain to see that it is unsafe to mix Adderall with alcohol in any amount, for any reason, for any length of time. Doing so leaves you vulnerable to dangerous and potentially life-threatening results.

All information is confidential.

Call us now and save time! one of our admissions coordinators are standing by 24/7