How Alcohol Can Lead to Brain Damage 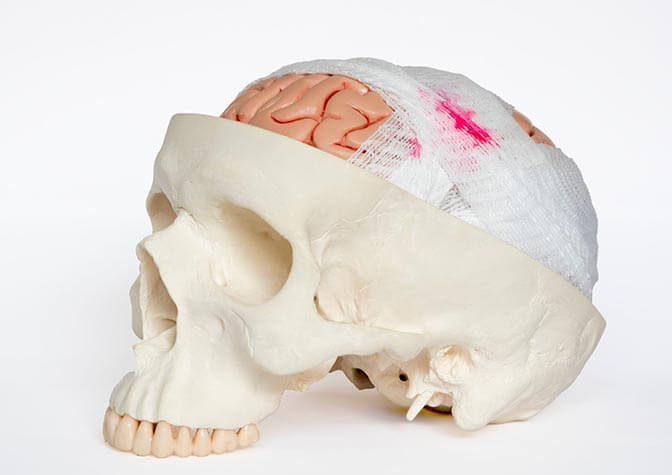 Alcohol can bring adverse effects on the brain, especially when people consume it in large amounts over a long time. Researchers have associated over 200 diseases and conditions with alcohol consumption. In the US, in 2010, 2.8% of deaths were caused by alcohol abuse.

Severe brain-damage from alcohol consumption manifests after years of excessive drinking. However, we observe changes in brain functions after just a few drinks. Within minutes after the first sip, the lining of the stomach absorbs the alcohol. It enters the bloodstream, and it then diffuses into tissues throughout the body. Alcohol can reach the brain within 5 minutes, and show its effects in the body within 10 minutes.

Alcohol impedes the chemicals and communication pathways that the brain cells use to send messages. Impediments in these pathways cause mood swings, slower reflexes, and changes in your balance. Drinking alcohol may also cause memory “slips” and even the difficulty to store things in long-term memory.

It’s essential to be aware of the risks and long-term effects of ingesting alcohol, as well as symptoms of brain damage caused by binge drinking.

What Does Daily Drinking Do to Your Brain?

The body’s response to alcohol falls under many factors, including age, gender, weight, overall health, genetics, frequency of drinking, the quantity of alcohol consumed, and how long an individual has been drinking.

Since alcohol is a toxin, its primary effect on the body is harmful. When people drink, alcohol moves from the stomach and intestines to the bloodstream. From there, it goes into different organs, like the liver. If a person drinks heavily, the alcohol can overload the liver’s filtering system. Continued excess drinking can toxify other parts of the body, and eventually affect the central nervous system. As a toxic substance, alcohol can directly affect the brain’s neurons by inflicting damage or even killing neurons.

Alcohol delays the signals in the central nervous system sent between neurons and slows brain processes controlled by the cerebellum and cerebral cortex. It can also impair the gamma-aminobutyric acid (GABA) neurotransmitters, causing slurred speech, sluggish movements, and a slower reaction time. All of these effects are usually short-term but can potentially lead to long-term brain damage.

The hippocampus region of the brain responsible for memory creation can be severely affected by excessive alcohol drinking. When ingesting alcohol leads to repeated blackouts, short-term memory loss, and brain cell death can occur. It can even result in permanent damages in the brain that keeps people from recalling new memories. Over time, alcohol abuse leads to severe brain damage and increases the risk of different cancers and organ failures.

How Do You Know if You Have Brain Damage From Alcohol?

In just a few alcoholic drinks, impairments in memory are already visible. And as the amount of alcohol increases over time, so do the effects in a person’s brain. People who drink excessively over a long time, increase their risk of developing organ and brain damage. These damages can be direct because of alcohol abuse or poor overall health conditions worsened by the substance.

A typical result of excessive alcohol use along with a weak health status is thiamine deficiency. Thiamine, also called vitamin B1, is a vital nutrient required by all body tissues, especially the brain. Over 80% of alcoholics develop a thiamine deficiency, and some of them can develop into serious brain conditions like the Wernicke-Korsakoff Syndrome (WKS). WKS is a disease with two separate but linked forms of dementia;  a temporary and critical disorder called Wernicke’s encephalopathy and an almost permanent and incapacitating condition called Korsakoff’s psychosis.

Symptoms of Wernicke-Korsakoff Syndrome include:

Other brain damages caused by alcohol are from indirect interactions of the substance and organs of the body. Alcohol impairments in different parts of the body are known to affect the brain eventually. An example of this is hepatitis caused by liver inflammation due to years of heavy drinking. Since the liver filters out toxins, a damaged liver will fail to stop the excess alcohol from going to the brain. Alcohol in the brain will cause Hepatic Encephalopathy or an accumulation of toxins in the brain.

Symptoms of Hepatic Encephalopathy include:

Usually, an individual can develop alcohol-induced brain damage after 10 to 20 years of excessive drinking. However, women tend to develop these impairments in less time because of their body size.

People are usually diagnosed with alcohol-related conditions around 45-60 years old, as it takes a while for symptoms to manifest. But in most cases, when patients get a diagnosis, certain damages are already irreversible. Still, the body is proven to be capable of healing and regeneration to an extent when an individual undergoes intervention and treatment.

Patients can receive support and detoxification from medical care according to their condition, but there are no known cures for alcohol-related brain damage. For those with WKS, thiamine and vitamin supplements are proven to improve a person’s brain functions. An early diagnosis of alcohol-related dementia and hepatic encephalopathy can stop alcohol-induced brain damage, and even reverse the organ’s condition through a shift in lifestyle and habits.

For any alcohol-related impairment, the first and best step is to quit consuming alcohol. Quitting drinking can be dangerous unless people who suffer from alcohol dependency or addiction seek proper treatment. Rehabilitation centers and treatment from health care professionals adequately equipped to help people who struggle with alcohol addiction can be instrumental in a considerably challenging process.

Effects of heavy drinking are proven to have the possibility of being undone when someone undergoes proper detox, abstinence, and a healthy diet. Medications like Acamprosate and Naltrexone are some medications that can also hinder relapse and alcohol cravings.

How Can I Avoid This Problem Altogether?

If you suspect yourself or a loved one having a problem with excessive alcohol intake, it would be best to seek medical and psychological help immediately. Underlying issues may cause alcohol addiction. These are issues that we can’t easily ignore.

When it comes to any disease or harmful medical condition, prevention is always better than cure. That’s why it is best to reach out to caring and capable professionals that can serve as a support group to help you or your loved one through their alcohol problem or prevent alcohol abuse altogether.

Here at Restore, we offer alcohol detox, substance abuse rehab, sober living support, and other treatment and rehabilitation programs. It’s better to live life with a clear and clean mind.