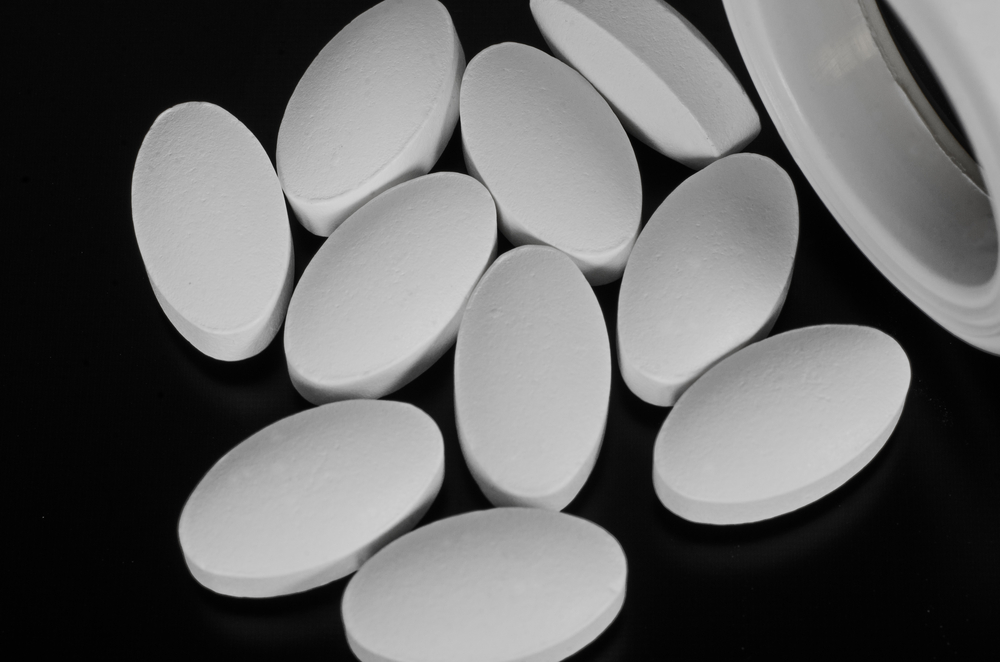 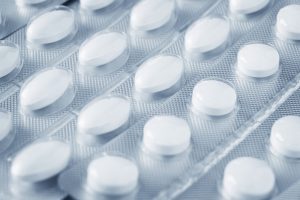 At Restore Drug Rehab LA, we incorporate an array of highly effective therapy programs and counseling techniques into our comprehensive treatment programs for Subutex addiction. We strive to help people suffering from Subutex addiction break free from the overpowering physical and psychological hold that this drug often has. Our licensed and highly trained staff dedicate their time and attention towards addressing all aspects of your addiction and providing you with effective care for a lasting recovery.

Subutex, the brand name for buprenorphine, is a widely known prescription opioid drug. It is composed solely of buprenorphine and is a partial opioid agonist-antagonist, which shares many properties with other popular opioid drugs, such as heroin, morphine, hydrocodone, and oxycodone. Ironically, Subutex is one of the few drugs that are prescribed for the treatment of opioid addiction and dependence. Though it is effective when taken as prescribed for withdrawal symptoms, to suppress cravings, prevent relapse, or for overall management of opioid dependence, there is still a substantial risk for abuse of the drug. The buprenorphine in Subutex occupies opioid receptors in the brain just enough to satisfy them without activating them or producing the desired euphoric effect. Suboxone, another opioid treatment medication, on the other hand, contains buprenorphine and naloxone, which works to fill the opioid receptor completely without activating it – using naloxone to block buprenorphine and other opioids from having any effect. Unfortunately, since Subutex only contains buprenorphine and does not have an ingredient that can prevent the user from achieving a high even if abused, many people who get prescribed the medication for an opioid use disorder will abuse and become addicted to it. If you are struggling with opioid abuse or dependency and wish to put a stop to this debilitating cycle of drug use, the Subutex addiction treatment programs at Restore Drug Treatment are a valuable option for you to consider.

The active ingredient in Subutex (buprenorphine) is classified as a Schedule III/IIIN controlled substances drug. The substances in this schedule have lower abuse potential, influencing over the user with moderate or low physical drug dependence, but high psychological dependence.

Subutex is primarily used as a long-term pain reliever, but is also used to treat an opioid addiction, by acting on the opioid receptors in the central nervous system, thus inhibiting the effects of morphine or heroin. Since Subutex interferes with brain chemistry, it triggers a dependency that leads to physical addiction that can cause severe withdrawal symptoms in some users.

In 1969, after almost 10 years of studies, the researchers at Reckitt & Colman managed to synthesize an opioid compound more complex than morphine, but without the negative side effects. The drug showed success in reducing dependence in animals and was named buprenorphine. The trials on humans started in 1971. Buprenorphine was launched in the United Kingdom in 1978, in the form of an injection for severe pain, and in 1982 it was released as a sublingual formulation. Buprenorphine in pure form (Subutex) and combined with naloxone (Suboxone) in the US, were approved by the FDA in October 2002. It was moved as a schedule III drug from schedule V before the FDA approval.

The Substance Abuse and Mental Health Services Administration (SAMHSA) showed a ten-fold increase in the number of ER visits involving buprenorphine, where more than half of the 30,000 hospitalized patients in 2010 abused buprenorphine.

Subutex is commonly marketed in as a sublingual tablet. In terms of proper usage – when the tablet is placed under the tongue and dissolved, the drug works as it should. However, Subutex is often abused by users by taking larger doses, or crush and snort, or inject it, making it move differently in the blood stream and increase the potential for dependency. 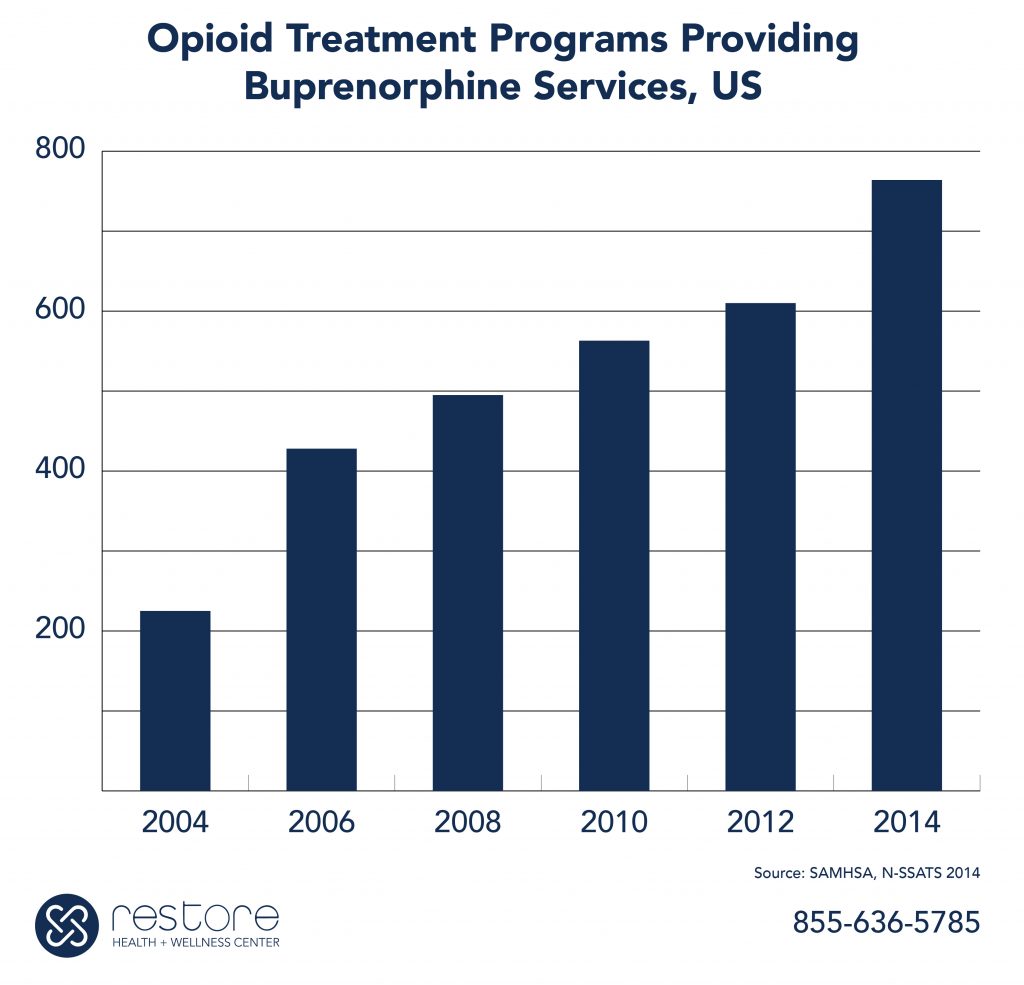 Buprenorphine was initially approved and prescribed to treat opioid dependence and facilitate the withdrawal symptoms and drug cravings. Even though Subutex is used to treat opioid addiction, it is an opioid itself, giving it the potential for abuse. Most individuals who abuse Subutex are crushing the tablet up and then either injecting or snorting it, resulting in feelings of euphoria similar to the effects of heroin or morphine.

Buprenorphine was seized by the DEA 10,804 times in 2012 as an illicit drug. In addition, the Center for Substance Abuse Research (CESAR) reported, between the years 2010 and 2012, the number of patients prescribed Subutex increased by 66%.

Signs and Symptoms of Subutex Dependence

Subutex has some the same properties as other opioids, however to a more mild degree. It is used to relieve symptoms of opioid withdrawal, including mild to moderate pain. In comparison to other opioid treatment medications, Subutex has a lower risk for overdose and likelihood of abuse because of its ability to prevent opioid receptors in the brain from achieving euphoric effects. However, because there is still a potential for abuse found in Subutex, taking it in a manner other than prescribed to you by a doctor can easily lead to the development of a physical and psychological dependency. If you are worried that your loved one may be misusing their medication, there are some customary characteristics of Subutex abuse that you can look for, such as:

When higher doses are taken or administered by other methods, Subutex can reproduce similar effects of opioids like heroin or prescription painkillers to a lower degree. Accordingly, some short-term physical and psychological symptoms of Subutex abuse include:

If Subutex is taken in combination with alcohol, the effects can be dangerous, requiring immediate medical attention. Alcohol is a central nervous system depressant, and its effect can be greatly enhanced if mixed with a substance such as Subutex. In this case, the alcohol may interfere with some metabolic functions and leave Subutex active for a longer period of time. The impact of buprenorphine in combination with alcohol can lead to even more dangerous outcomes, such as respiratory issues, coma and maybe even death.

As mentioned previously, Subutex is most commonly used among opioid addicts to actually treat their addiction. However, many of them don’t stop taking the drug once their treatment is done, leading to Subutex dependency. Having this in mind, it may be a good idea to contact a Subutex rehab treatment center for the necessary help. The first step of Subutex addiction treatment is detox. The patient’s body will start to eliminate the drug from their system, so medical supervision within the Subutex treatment facility is mandatory.

The severity and length of the Subutex withdrawal will vary depending on how long a person has been taking Subutex and the amount of the drug used. Usually, if the symptoms are severe, the withdrawal process may take longer.

Performing detox on your own is not recommended due to the severity of withdrawal symptoms that often arise. If a person does this at home, no one will be in a position to offer medical assistance in case of complications. On top of that, it is possible that the person will fall to relapse and take the next dosage.

Subutex addiction treatment involves an array of advantageous therapy programs and counseling techniques included into our comprehensive approach to treatment at Restore Rehab LA. Two popular treatment program settings among those seeking recovery from addiction include residential rehab and outpatient treatment. When attending residential Subutex addiction treatment at Restore Health and Wellness, our clinical staff dedicate their time and attention on addressing all aspects of your addiction. We are dedicated to providing you with a safe and peaceful environment during your recovery journey. Residential rehab provides you with the opportunity to build a network of support with peer clientele and members of the administration, focus on interpersonal skills development, learn techniques to prevent relapse and recognize future triggers. 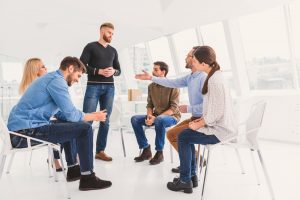 Residential rehab for Subutex addiction offers full support in the form of individual or group counseling, led by our licensed therapists and medical professionals at the Restore Treatment Center. This kind of support is rarely possible to obtain at home or less intensive treatment settings.

In contrast, the outpatient treatment programs provide wider flexibility compared to inpatient programs, since they allow the patient to continue with the daily activities outside of the Subutex treatment center while receiving the treatment. Although outpatient rehab programs are more flexible, there is less structure, supervision, interactive care and support than that which is offered in live-in programs. Outpatient treatment is a more suitable option for people with a mild physical dependence and who have a strong support system at home.

Each patient must be properly evaluated at the submission phase since fairly often the Subutex abuse is connected with some other underlying mental issues. When needed, dual diagnosis treatment for co-occurring disorders is included as part of Subutex rehab programs. Many individuals who attended a rehab program had difficulty to fully recover because only one disorder was addressed during the treatment. Restore Treatment LA believes that the root of each addiction lies somewhere else, hence providing high-quality evaluation, to begin with.

At Restore Treatment LA, we emphasize the importance on using behavioral therapy programs in Subutex addiction treatment.  The purpose of behavioral therapy is to identify, understand, and correct negative behaviors associated with substance abuse and addiction, such as drug-seeking and drug-taking behavior. Once all negative traits are identified, the behavioral therapy continues to teach the patient how to create new habits, which are conducive to sobriety and that promote long-term abstinence from drug use in recovery.

It does not matter if you have been abusing Subutex for 3 months or 3 years. What matters is your desire to make a positive change and commit to your recovery.