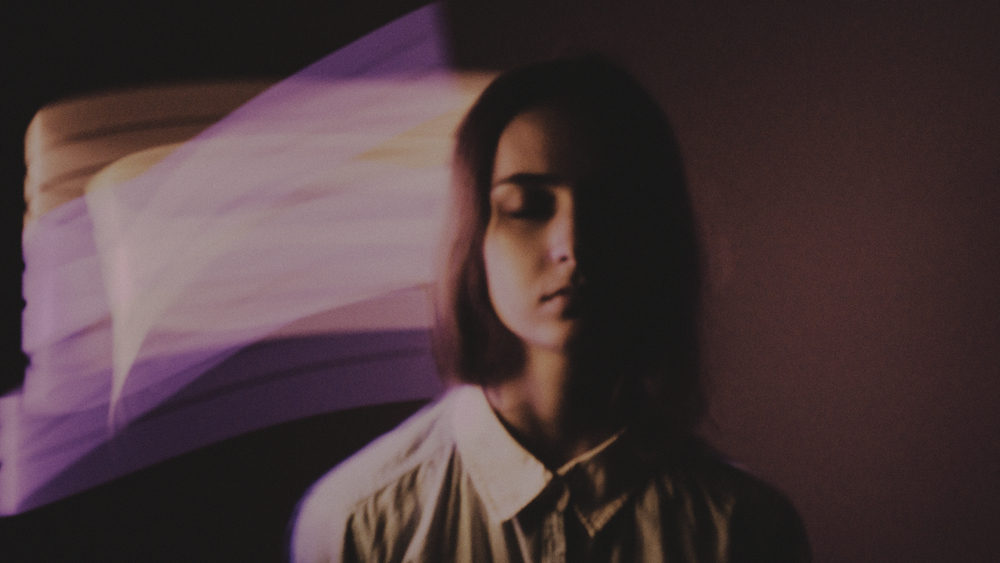 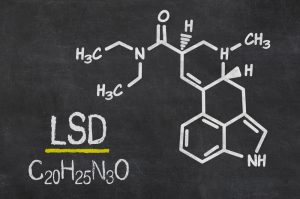 At Restore Drug Treatment LA, we have the recovery tools, training, and experience necessary to provide efficient, quality treatment for LSD addiction. We utilize comprehensive treatment programs that thoroughly address LSD abuse by incorporating a number of beneficial rehabilitation practices such as behavioral therapy, counseling, and aftercare support into your individualized plan for recovery. Starting your recovery from LSD addiction in our specialized rehab programs at Restore Treatment LA can help you to achieve a positive new way of life.

Lysergic Acid Diethylamide (LSD) is a powerful synthetic drug, abused worldwide for its hallucinogenic effects since the ‘60s. LSD is classified as a Schedule I controlled substance, meaning that it has no accepted medical purpose or safety for use under medical supervision in the United States. There is a high potential for abuse associated with this hallucinogenic drug. LSD typically does not cause physical dependence, but users can develop a psychological addiction. When this occurs, the person will need LSD addiction treatment to overcome his or her mental reliance on the drug.

LSD produces visual hallucinations that often distort the sense of time for the user. As with other hallucinogens, LSD generates images and sounds that seem real to the user while intoxicated, but these are products of the imagination. The vivid effects can serve as a distraction or an escape from reality, but can ultimately make functioning in a “consensus reality” rather difficult for those who abuse the substance frequently. A psychological LSD dependency stems from effects the drug produces when taken, such as positive feelings, open-mindedness, and altered reality. Therefore, people who use the drug as a means of escape may develop an emotional–motivational reliance on it.

Albert Hoffmann, a chemist from Switzerland, created LSD in 1938. From the years 1947 to 1966, LSD was called Delysid, sold as a psychiatric experimental drug. In 1970, LSD was placed under strict regulation by the Controlled Substances Act – making it illegal to manufacture, import, possess, use and distribution LSD.

To gain insight and stay up to date on current drug trends, the National Institute on Drug Abuse (NIDA) started conducting surveys in 1975 on approximately 17,000 12th grade students in America. The NIDA gathers information for this survey annually. The number of high school seniors that used LSD in the year prior to the survey doubled from a low of 4.4% in 1985 to 8.4% in 1997. In 1997 alone, 13.6% of the 12th-grade students reported using LSD at least once in their lives. However, a study published in January of 2008 reported that 3.1 million Americans aged 12 to 25 used LSD. In 2015, more than 25 million people, ages 25 and over, admitted having used LSD in their lifetime, while 350,000 used LSD declared to have used LSD in the past month. 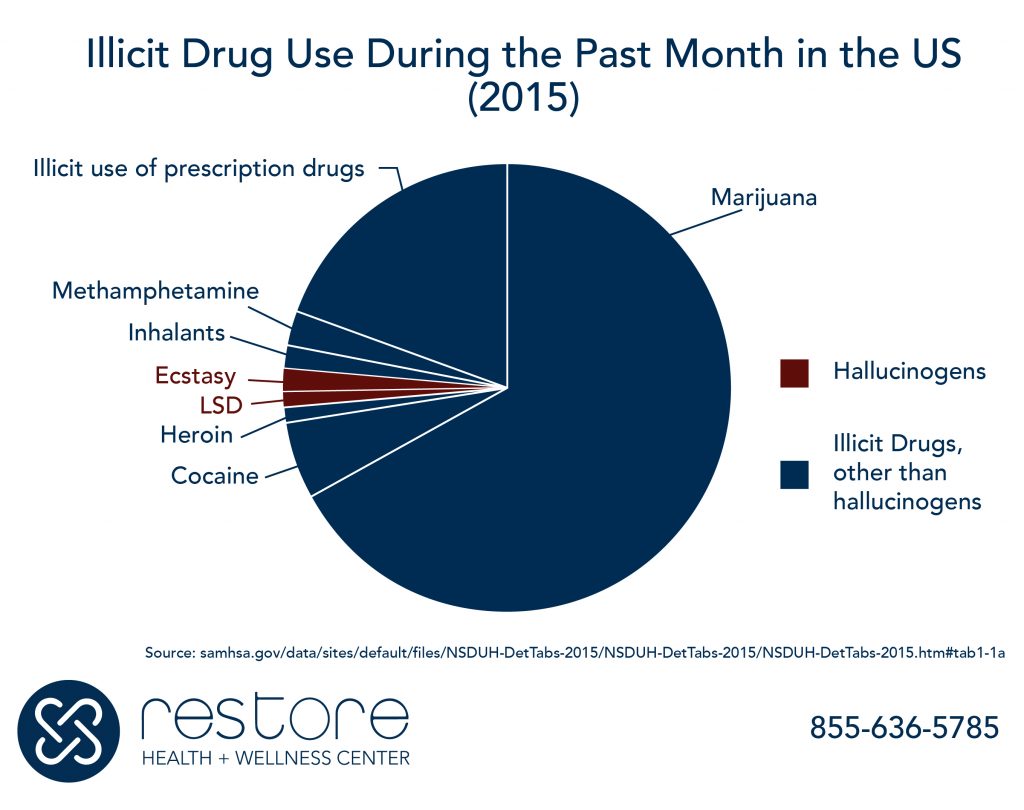 LSD is initially formulated into a solid crystal, and then either diluted as a liquid or mixed with excipients. LSD takes on many forms and is distributed as:

LSD is taken orally by placing the tablet, paper, or cube under the tongue for it to dissolve, which can take up to approximately 10 minutes.

Why is LSD abuse dangerous?

One of the greatest dangers linked to LSD abuse is the precision in dosing. A common dose of LSD is between 75-150 micrograms (1,000 micrograms is equivalent to 1 milligram). Meaning that the average dose is so small, it is approximately 3,000 times less than the standard 325-milligram aspirin tablet. This makes it extremely difficult for the user to distinguish whether they are taking a small or large amount of LSD. Those who mistakenly take a large dose may experience a “bad trip,” a term used in reference to a severe and unpleasant psychological reaction.

LSD dependency is rarely ever physical, however, it is psychological. Even though it does not cause physical cravings, someone who uses LSD regularly, occasionally or rarely may associate it with particular events, circumstances, or people – making a habit out of using it. It can be challenging for these individuals to refrain from use when confronted with such circumstances because the brain associates it with euphoria and feelings of pleasure.

According to the National Survey on Drug Use and Health (NSDUH), more than 200,000 people use LSD for the first time each year, and approximately 9.5% of the population aged 12 and overused LSD at least once in their lifetime.

Signs and Symptoms of LSD Abuse

The effects of LSD are vast in range, both emotional and mental. The consequences of these effects are both short-term and long-term. It is common for the user to experience rapid and extreme changes in mood and emotions, which can be life-threatening. There are many people who have committed suicide due to a bad trip, and others who suffer an accidental death caused by risky behavior because the LSD made them feel as though they were invincible. If LSD is taken in large doses, it can cause visual hallucinations and delusions.

Physical signs and symptoms of LSD use include:

Bear in mind that taking a high dose of LSD may cause negative effects that can last from 10 to 12 hours. When a person is abusing LSD for a brief period of time, some short-term effects can occur.

Short-term effects of LSD use include:

Long-term effects of LSD use include:

It is especially important that LSD not be used in combination with other psychoactive pharmaceuticals, such as antidepressants, SSRIs, or anti-anxiety drugs. These drug interactions can sometimes be unpredictable. If LSD is mixed with alcohol, it may cause elevated sedative effects, higher risk of negative side-effects, prolonged LSD effects in the body, and exposure to toxic chemicals that are hazardous to the body’s vital organs.

What does LSD addiction treatment entail?

There are multiple programs for LSD addiction treatment available at Restore Rehab Center. Proper treatment for LSD abuse combines different approaches to recovery, including behavioral therapy, individual or group therapies, and aftercare support. The LSD rehab center should approach each person individually and evaluate the situation upon creating a personalized program for the patient to follow.

Professional LSD treatment facilities, such as Restore Treatment LA, today offer few types of treatments that can be used in terms of LSD rehab. Inpatient treatment is recommended when the individual was abusing LSD only, so this approach will guarantee restricted access to LSD, supervision of psychological and physical well-being in the stages of LSD rehab, group and individual therapy sessions to tackle the reasons why the person was abusing in the first place and assist the person to develop coping skills and techniques to prevent relapse. 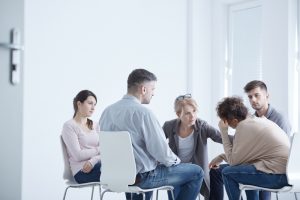 Behavioral therapies are used to address a person’s mental state that can sometimes include psychotic or similar mood symptoms, resulting from the LSD abuse. If an individual experienced a bad trip with severe and last effects, one-on-one counseling sessions will work to successfully address and manage those symptoms.

If the person is battling LSD addiction, especially with the co-occurrence of mental illness, a dual approach to treatment with medication and counseling is highly recommended. This approach is often practiced by the Restore Treatment LA, and it is crucial since many addictions and mental illnesses are connected, thus best treated with therapeutic interventions.

An outpatient rehab is also an option available for LSD addiction treatment. Similar to residential programs, outpatient treatment includes counseling and therapy sessions, yet the patient does not live in the facility and only attends treatment a few nights per week. Outpatient care is a suitable option for those who have a mild substance abuse problem, have no underlying symptoms of mental illness, and who cannot break from responsibilities at home or work.

The residential programs are often part of treatment for LSD dependency as well, mainly for long-term LSD users who require more time learning to cope with their LSD addiction and return to normal living routines. These are highly recommended for those who suffered a relapse before.
When it comes to aftercare support, both counseling and therapy should be continued in order to provide support for the recovering individuals, continually following up on their path to sobriety.

A large percentage of people who abuse LSD also suffer from a form of mental illness, with depression and anxiety being the most common. As a result, it is important that a person seeking LSD addiction treatment be thoroughly evaluated and given ongoing assessments by clinical staff. Thought patterns and behaviors also need to be monitored and addressed in treatment. Behavioral and psychosocial therapies help to identify what may have led the person to use, such as underlying stress and what triggers them. Clients work with their individual therapist to find a solution and learn valuable coping mechanisms to combat triggers and cravings. If a mental illness or symptoms of a mental health disorder are present, then dual diagnosis treatment and behavioral therapy are absolutely an essential part of the LSD addiction treatment process.

Find your road to recovery in LSD addiction treatment at Restore Drug Rehab today. Pick up the phone and call the admissions counselors at Restore Treatment Center to learn more about the benefits of our rehab programs and find out how we can provide you with the highest quality of care that meets your individualized needs.